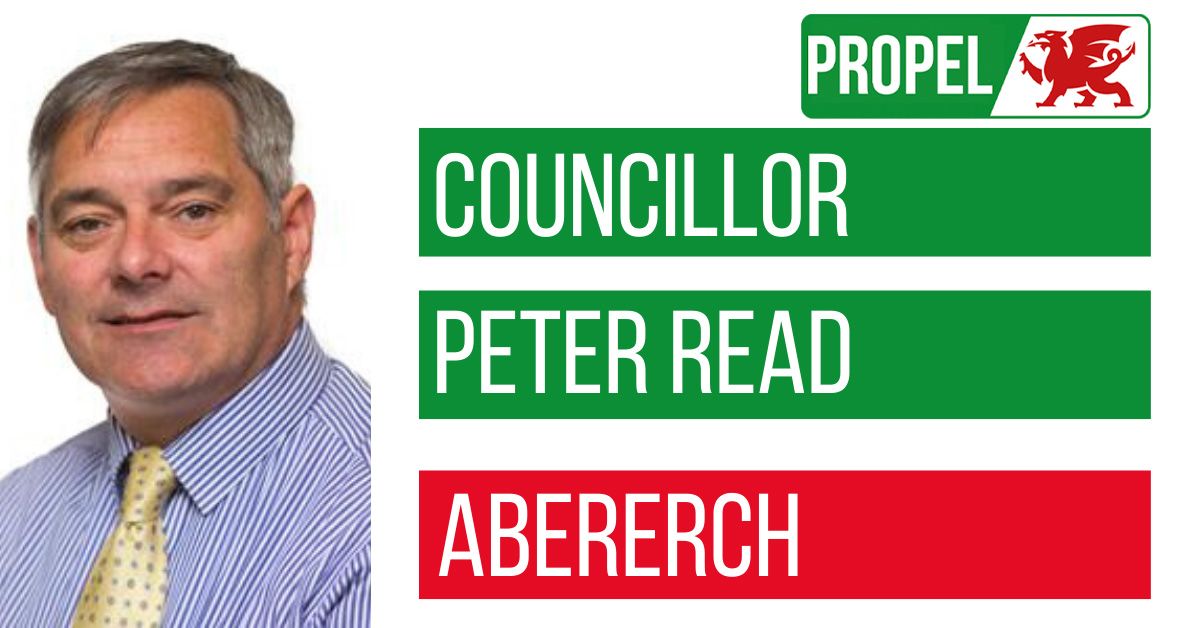 Cllr Peter Read, who represents Abererch ward, has announced that he has joined Propel.

He becomes the second Gwynedd Councillor to do so, after Cllr Dylan Bullard joined the party in April.

Propel was formed at the beginning of this year and already boasts seven Councillors across three local authorities, as well as one member of the Senedd (Welsh Parliament).

"Joining Propel is a positive decision to shake up politics in Gwynedd and Wales.

"Propel will be seeking amendments to Gwynedd's Local Development Plan at the earliest opportunity. Planning needs to be at a human scale, not geared towards big developers. It often seems like it's easier for a person from outside Wales to build a house here, while young people just can't get a mortgage. And we must stop family homes being converted into yet more holiday homes. Local housing must be there for local people.

"The Propel Gwynedd Council Group is also calling for urgent action to stop the coming influx of visitors this Whitsun holiday, after the relaxation of regulations in England. Road restrictions should be put in place. Those travelling to second homes should be fined and sent home.

"I'm a strong believer in Propel's policy of community sovereignty. Communities should decide what happens locally. Because what the Coronavirus pandemic has shown us is that we still have a strong, proud community. When it mattered we could rely on each other and it's brought us closer, but it's also shown us the cracks. We can't go back to the way things were before.

"I joined Propel because its politics are fresh and clear. Wales and Gwynedd have enormous potential. Now we have a party that can be better for Wales."

"There is real momentum behind the Propel now. We've got Councillors and members joining across the country and Cllr Read is the latest addition to our excellent team.

"My wife and in-laws are from Gwynedd. It's a place that I love but somewhere that has been overlooked and let down for too long. We will be putting forward solutions going forward, starting with Gwynedd's Local Development Plan. We need housing and jobs in Gwynedd that prioritises people who are actually from Gwynedd.

"Propel is the real Welsh alternative now. The cosy Cardiff Bay consensus is coming to an end as we take power back to the communities in Wales."