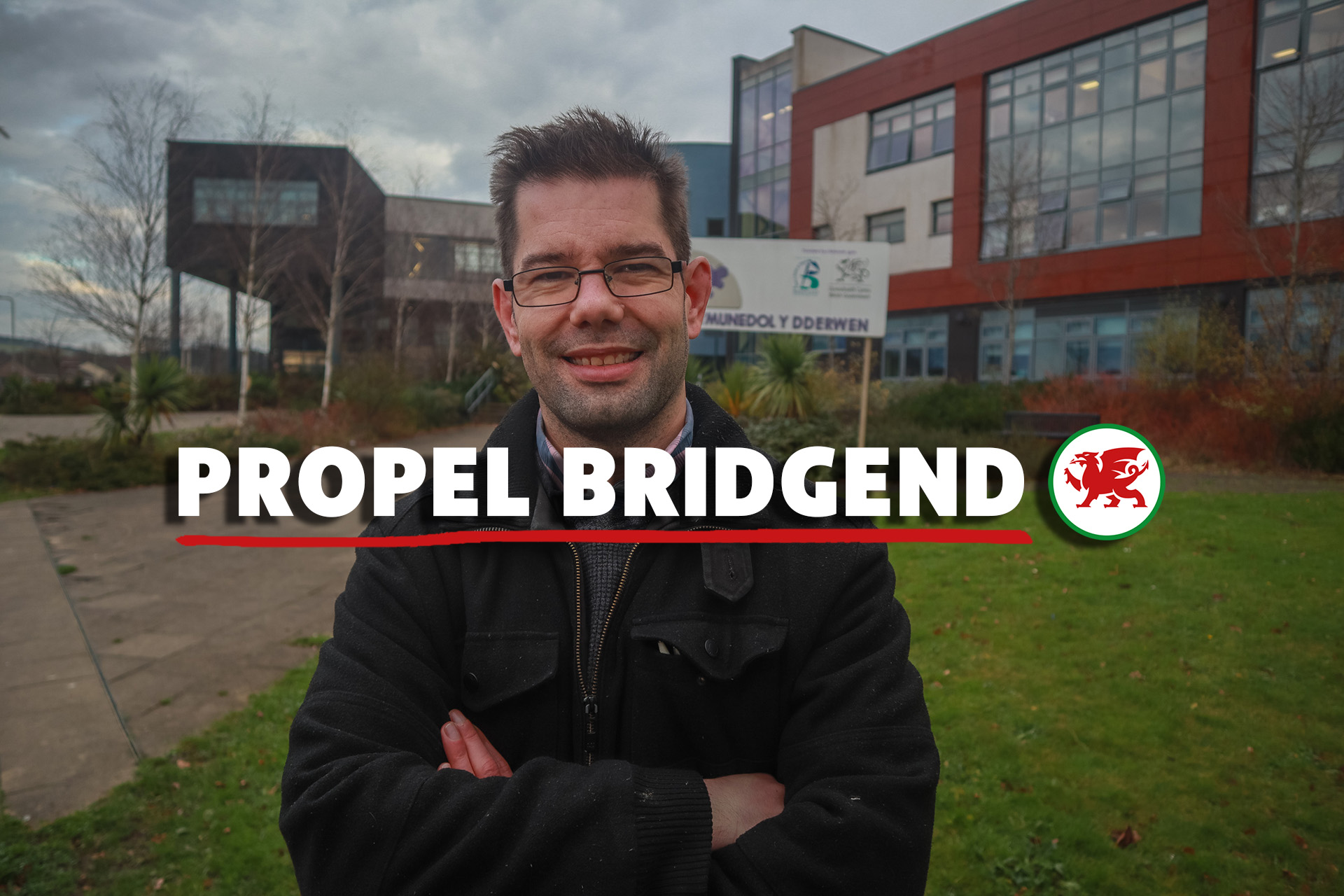 Cllr Tim Thomas has defected from Plaid Cymru and has joined Propel. Thomas, who represents the Ynysawdre ward on Bridgend County Borough Council, has announced that he has joined the Propel.

The former Plaid Cymru Group Leader, who represented his former party in Assembly and Parliamentary elections, expressed his frustrations over Plaid becoming ‘increasingly centralised around a Cardiff Bay bubble’ and becoming ‘ever more out of touch with the ordinary people that I represent in Ynysawdre.’

In a statement made by Councillor Thomas, he said that as Group Leader in Bridgend, Plaid Cymru’s national party had no contact with him whatsoever and he had limited contact with the party’s regional Members of the Senedd.

Propel now boasts eight Councillors across four local authorities, as well as one member of the Senedd (Welsh Parliament).

“It just seemed to me that working-class communities like the one that I represent – and let's be frank, many communities across the South West region, were being ignored.

“Joining Propel has been a breath of fresh air. We are set to unveil policies that many people on the doorsteps are talking about. Propel’s vision of creating a better Wales is one that is more authentic to communities in Wales.

“Politics in Wales has become a bit sterile and it needs freshening up. I think Propel is that exciting new voice that will reignite Welsh politics.

“It’s great to have such a hard-working Cllr like Tim join Team Propel. Wales needs champions and Tim is certainly a champion for his community and for Wales.

“There is now real momentum behind Propel. We've got very talented Councillors and members joining across the country in their hundreds and Cllr Thomas is the latest addition to our excellent team.

“I anticipate Propel will be welcoming more elected representatives from across Wales to join our movement in the coming months.”