SAVE CASH - Use it or Lose it 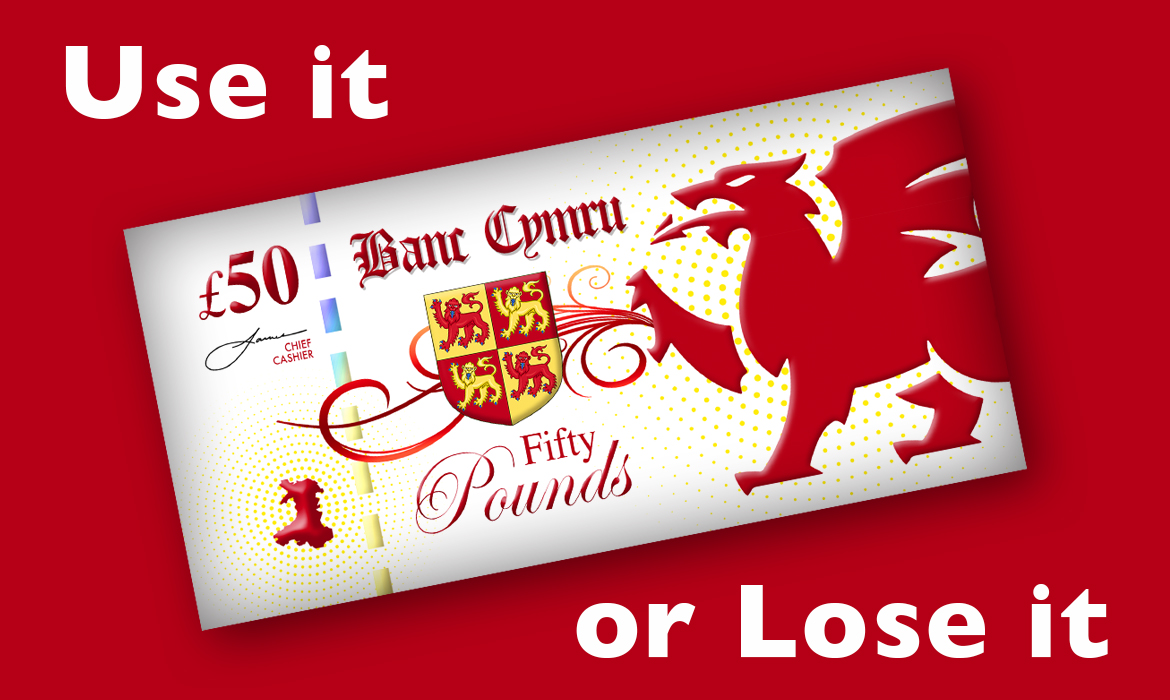 USE IT OR LOSE IT... SUPPORT CASH, SUPPORT PROPEL.

As society continues to advance, the concept of a cashless society is gaining traction. Most people now pay with telephones or cards. More and more businesses refuse cash nowadays.

While the idea of a world where physical money no longer exists may seem convenient and efficient, it also raises huge concerns about the loss of privacy and ultimately control over our own spending habits.
In a cashless society, every single thing we buy or every single service we obtain will be tracked and linked to individual bank accounts. It would be easy for governments and corporations to firstly monitor and then control our financial activities. Privacy will be a thing of the past.

In addition, a cashless society could exacerbate existing inequalities. Not everyone has access to digital payment systems, and a move towards a cashless economy could leave marginalized communities behind. It could also disproportionately affect those who are unbanked or underbanked, such as the elderly or the homeless.

Another concern is the potential for widespread fraud and hacking. In a cashless society, all of our financial information and resource would be stored digitally only. This is dangerous and could lead to devastating financial losses for individuals and businesses alike.

In a wider sense, Covid showed that a small number of people in the world decide what we see on social media and on the news. Freedoms guaranteed with the lives of the great generation of the Second World War have been lost, without most people realising.

If you had told me 5 years ago the Welsh Government would have passed a law to make door to door political campaigning illegal, I would have smiled politely, whilst thinking you were insane. That is exactly what Labour, Plaid Cymru and Liberal Democrats politicians voted for in 2021. The excuse was the Pandemic, but do not forget that it was totally legal for double glazing salespeople to go door to door at that time.
So why was it lawful to knock on your door to talk about new windows, yet ILLEGAL to explain why we needed a new government?

In essence, a cashless society will take us back to feudal times, when the Lord of the Manor decided how we lived. In the 21st century governments, or more likely plutocratic billionaires will decide how we live. The World Economic Forum, now more like an unelected world government of the élite has lauded communist China and its undemocratic and authoritarian regime. It is staggering that the Davos private jet set can openly discuss effective fascism as being an attractive model, without a single established political party challenging such a monstrous view. China operates a social credit system, with your political views assessed. If you don't have the right opinions, your card is declined for certain transactions. You are not allowed to fly or take the train for example. This is where the cashless society is heading.

The right / left paradigm has gone now in politics. The establishment left is comprised of the comfortably off feeding off the status quo. In essence, the left is not very left wing anymore, with class politics having been replaced with gender and sexuality. The obsession with young people's gender and sexuality is also truly worrying and a throw back to the late 70s.

For people on the old left like me, the battle ground is liberty. I want my children and their children to live in a society where free speech is protected, where they will be allowed to hold different opinions, where the state apparatus like the police for example is not used to oppress. I want a society where the rule of law is paramount and where the current grifters who make rules up as they go along are confined to the dustbin of history. I want future generations to have choices that we used to take for granted.

Cash is fundamental to personal choice and liberty. If we don't use it, we will we lose it. The solution lies in the hands and wallets of each one of us. At the moment, each one of us has the power of being a consumer. Use that power to support businesses who support cash.

I would also urge all of you out there to become part of the wider solution and join Propel. Propel is Wales' newest political party. We are the party of individual, community and national freedom in Wales. There is a desperate need now for an honest alternative. We are that. Get involved!