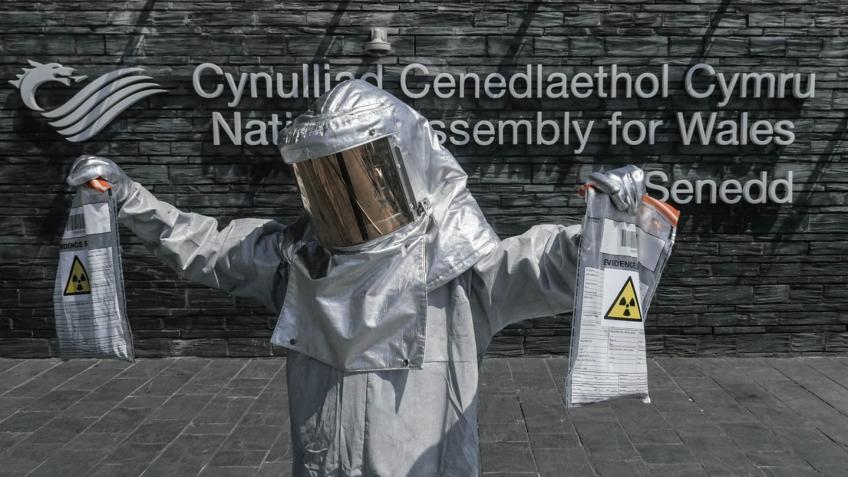 780,000 tonnes of sediment from nuclear plant set to be dumped just one mile from Wales’ capital city. The controversial topic is now up for debate in the Welsh Parliament.

780,000 tonnes of sediment from nuclear plant set to be dumped just one mile from Wales’ capital city.

The row over dredging mud from Hinkley Point nuclear power station into Welsh waters is back into the spotlight as campaigners reach 10,000 signatures for a petition calling for the mud to be tested last night.

As the petition is over 5,000 signatures, it means the controversial topic will be up for a debate in the Welsh Parliament.

The petition, created by Cian Ciaran of the Super Furry Animals, demands ‘that a full Environmental Impact Assessment (EIA) is carried out before any further sediment from Hinkley Point nuclear power station can be dumped’.

Propel leader, Neil McEvoy MS, who has been a prominent voice in the campaign welcomed the news,

“How can we allow 780,000 tonnes of material dredged from outside a nuclear power station to be dumped in our waters without testing it properly? The Labour-led Government and Natural Resources Wales have a lot to answer for.

“The public is concerned about this issue. Environmentalists are outraged. Eminent scientists are on record saying they are seriously concerned. The only people who don’t seem to be bothered about this are the Labour politicians sitting in Cardiff Bay. Wales is standing up for itself

“This is first and foremost about the safety of our people and of our marine environment. It is also about how Wales is treated as a nation. The Chinese long ago brought in a ban on ‘foreign garbage’ to stop other countries dumping their rubbish there. In Wales, our government seems to welcome such treatment. But the Welsh people have had enough.”

The row began in 2018, once it was revealed the Labour-led Government had approved plans for the dumping of 300,000 tonnes of sediment from outside the Hinkley Point nuclear station.

EDF Energy is set to deposit another 780,000 tonnes of sludge off the Welsh coast next year as part of building work for the new £22bn Hinkley Point C reactor.