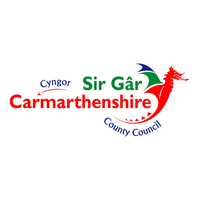 Patricia Breckman and Eddie Roberts have launched a crowd funder to sue Carmarthenshire County Council. The couple’s ordeal began in 2003, when they bought their property next to what searches said was a farm. It turned out to be an industrial plant, which was denied by Carmarthenshire County Council for years. There also followed a long period of harassment, with Patricia being arrested 6 times, thrown in cells and once threatened with an intimate strip body search.

In 2012 the former Local Government Ombudsman for Wales found that Patricia and Eddie had suffered an injustice and a full apology was given by Dyfed Powys Police in 2015.

It was expected that Carmarthenshire County Council would review the case and come to an arrangement with the couple. This has not happened and will not happen.

Patricia and Eddie now face a hearing on Monday 26th July 2021 for repossession of their home. Due to the planning issues, the pair were unable to move forward with business plans, for which they had borrowed money.  Without the projected business income, they have not been able to repay the loan they took out to develop their proposed business.

Propel is supporting Patricia and Eddie,

“ What has happened to Patricia and Eddie would not have happened in a civilized society, based on the rule of law. They were called liars for years and were persecuted. They defended themselves by digitally recording evidence, to prove their case. Plaid Cymru run the Council and could have found a solution. Instead, the couple have been abandoned and are now facing the loss of their home. How can that be allowed to happen to people aged 77 and 85? Eddie is not now in good health, which is not helped by all the strain. Propel is fighting this grave injustice.”

“ I cannot believe what we are where we are today. We had dreams and plans for a cattery business, which were made impossible by the industrial plant next door and all the harassment. The result looks like we will lose our home and we will be made homeless. We hope people will support our plight and contribute to the crowd funder at https://gofund.me/ec8a00f7

I can’t say how ill all this has made both of us, but we will fight on.”